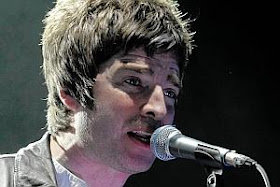 Noel Gallagher has picked the five cinematic experiences that blew his mind, for the current issue of Mojo. In the 16-page MOJO exclusive Will Hodgkinson speaks to the former Oasis songwriter about his return to recording, his new album, the end of his old band, that fateful night in Paris and the essential films, books and music that define the man.

These are the films, and the reason Noel picked them.

"There's a great scene when Clint Eastwood's character leaves Tuco (El Wallach), the little guy to die in the desert. Tuco gets a gun and follows him through the desert, picking up his cigar stubs to keep track. It's epic, brilliantly written, the story is great, and they all end up in a graveyard in a three-way shoot off. It looks good as well, Clint Eastwood wears three outfits in the entire film and I'd were them all. I'd save the poncho for Glastonbury".

"There are so many great moments of great dialogue in that film. The sign of great art is what happens afterwards, and this film changed everything. Even the black suit and the black tie look came back in, and before that only waiters wore it. The beginning is the end, but you don't realise at first".

"Not the silly edition with the f**king dinosaurs in it, the original. I was ten when this came out, and I still believe that galaxy is going on somewhere, a long, long time ago and far, far away. And even now it looks state of the art. You know it's a big guy from Cornwall in a furry gorilla suit, but it doesn't really matter. It deals with the most basic premise of good vs evil and someone got to rescue the girl, but you've got to admire someone with the vision to invent an entire language. It blew my mind, and I can't wait for it to blow my son's mind. Then I'll be able to say to him "wait until you find out who his Luke Skywalker's Dad is". That will bend his head. Fuck Blade Runner. Blade Runner is Radiohead. Star Wars is Oasis."

"You can't go on tour without The Rutles. The Beatles story is fantastic because Neil Innes took the piss out of it. It's the British Spinal Tap, and the songs Ouch! I Must Be In Love, Cheese And Onions - are all f**king great".

"This is the story of the last days of Hilter, and I love the black nihilism of it all. They're all staying to the bitter end, and it is the end of their world. We've been in the end of relationships, the end of tours, and the end of bands. But they know this is the end of their entire way of life and they're all going to die. They are dead. Best of all is the YouTube parody in which Hitler's going mad because Oasis have split up and he had tickets to the concert."
at Tuesday, July 26, 2011
Share